Our City is Your City

“Platform Mozaique showed that Hofplein station is a wonderful place where one can bustle, a perfect space for events. It has something raw, something Berlin-like.”

This is what the Algemeen Dagblad wrote about the Perron Mozaïque project as organized by Motel Mozaïque in 2007 on the roof of the Hofbogen, the former Hofplein Station. The then vacant and unsafe terrain has undergone a metamorphosis, in part thanks to Motel Mozaïque’s visit. With its programming of visual arts, concerts and architecture, Motel Mozaïque has managed to place this unexplored area under a different light, putting this ‘forgotten’ national monument and the surrounding area on the map in Rotterdam. Now, more than 10 years later, a large part of the so-called Hofbogen has been restored and put into use by creative businesses, stores and restaurants. 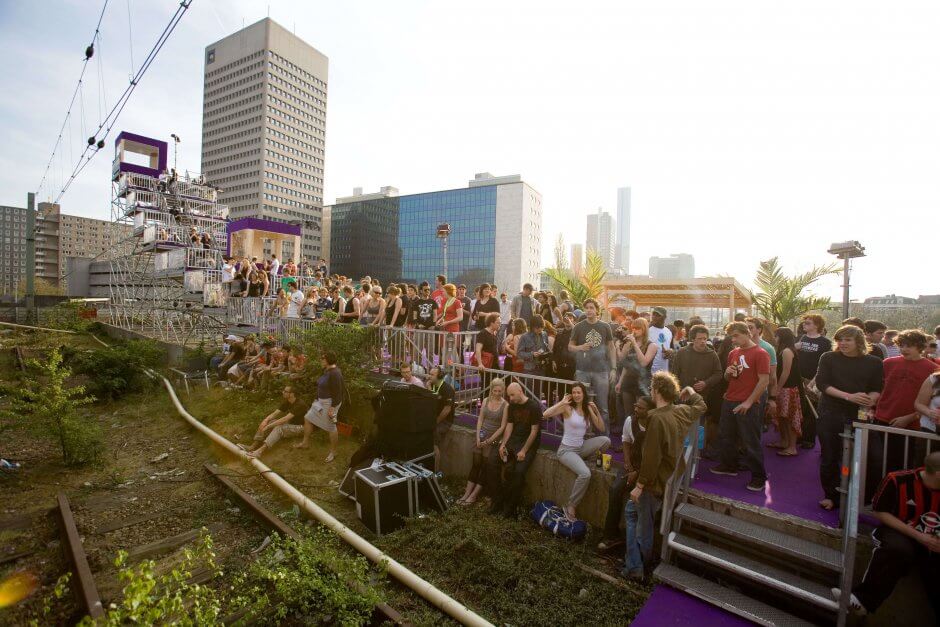 Our city is your city