3 collectives win €1000 so they can realize their LIQUID dream

Motel Mozaïque organizes for the second time an open call with the aim to support and promote emerging artists and give them the opportunity to present their work during MOMO festival.

Blue and Red
Blue and Red is a multimedia installation which crosses boundaries of performance, installation- and video art. With the use of liquids as base material Linda & Maxime create a choreography between movement, color, material and the human body. They set as little boundaries as possible and let the materials flow.
Linda & Maxime want to create a new perspective on freedom in expression of the female body and their complex inner processes that dictate how they feel.

Bio
Linda Muysson & Maxime Osseman
Linda & Maxime are a Rotterdam-based creative duo. They met during their studies at the Willem de Kooning Academy and decided to combine their visual strengths in creating works of art that cross boundaries between video, photography, styling and fine-arts. 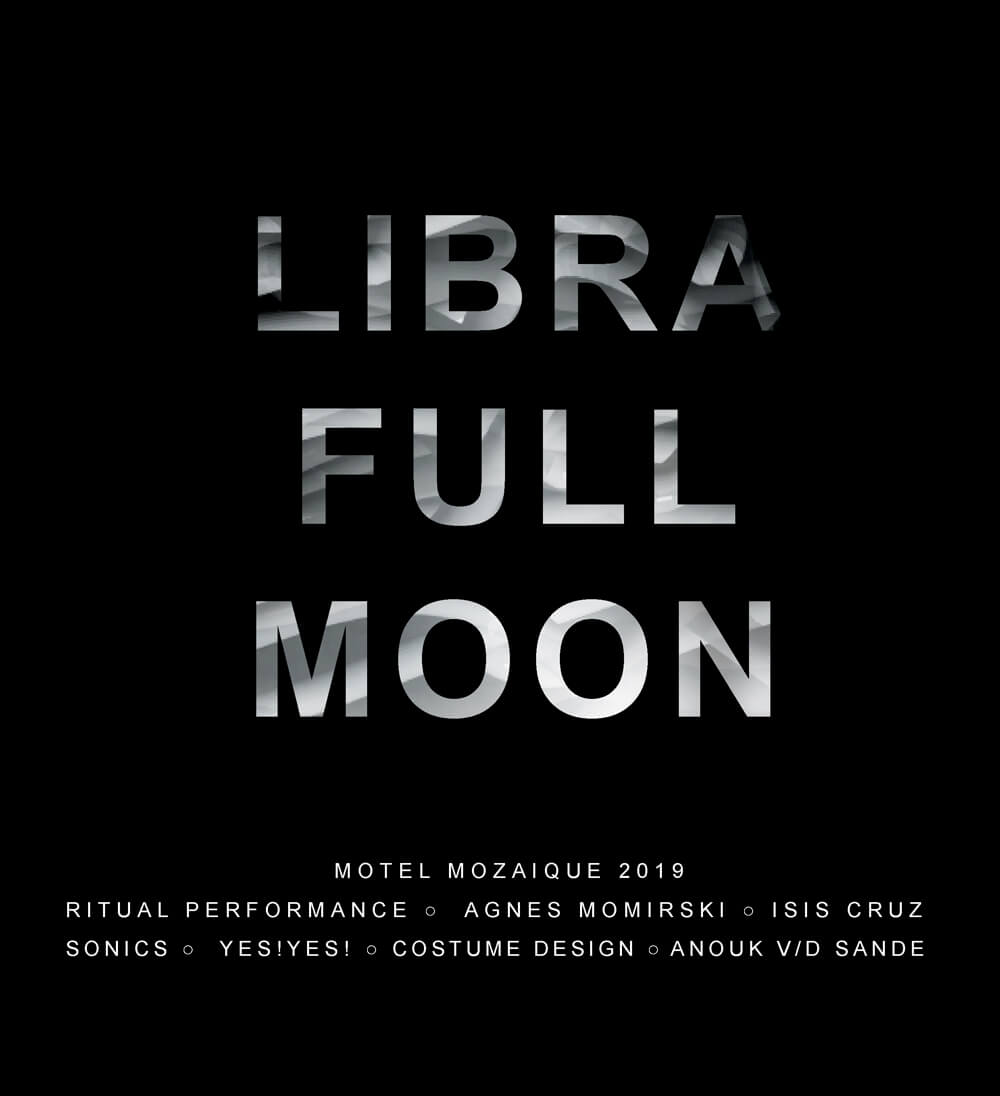 Libra Full Moon
On the occasion of the full moon in Libra, four artists collectively manifest a future of unity, ecstatic healing, non-duality, gender nonconformity and radical sensuality, characterised by Libras qualities of balance and liberation. The ritual call the public to surrender to trance-like blending of music genres and healing sounds, hypnotic spoken word, and spell-casting gestures. A multimedia ritual performance as an eclectic and haunting music spectacle. By Agnes Momirski, Isis Cruz, yEs!yEs! and costumes by Anouk v/d Sande.
Let’s co-create radical futures by embracing ecstatic, sensual, liquid states of being on the occasion of Libra full moon, on Friday 19/04/2019.

Bio
Agnes Momirski
Agnes Momirski is an interdisciplinary artist based in Rotterdam. In her films and immersive multimedia meditative spoken-word performances, she performs mystical explorations of visual and spoken language and emerging technologies.

Isis Cruz
Isis Cruz is a performing artist, trans-femme, witch, and stand-up comedian based in Rotterdam. Isis uses her body and personal stories to explore symbolic realities around gender and identity.

Anouk van de Sande
A true future thinker and creative story-teller, she compiles expressive stories of color, print, shape and texture. Anouk is in charge of both the research, design and production process of her captivating textiles and wearables. 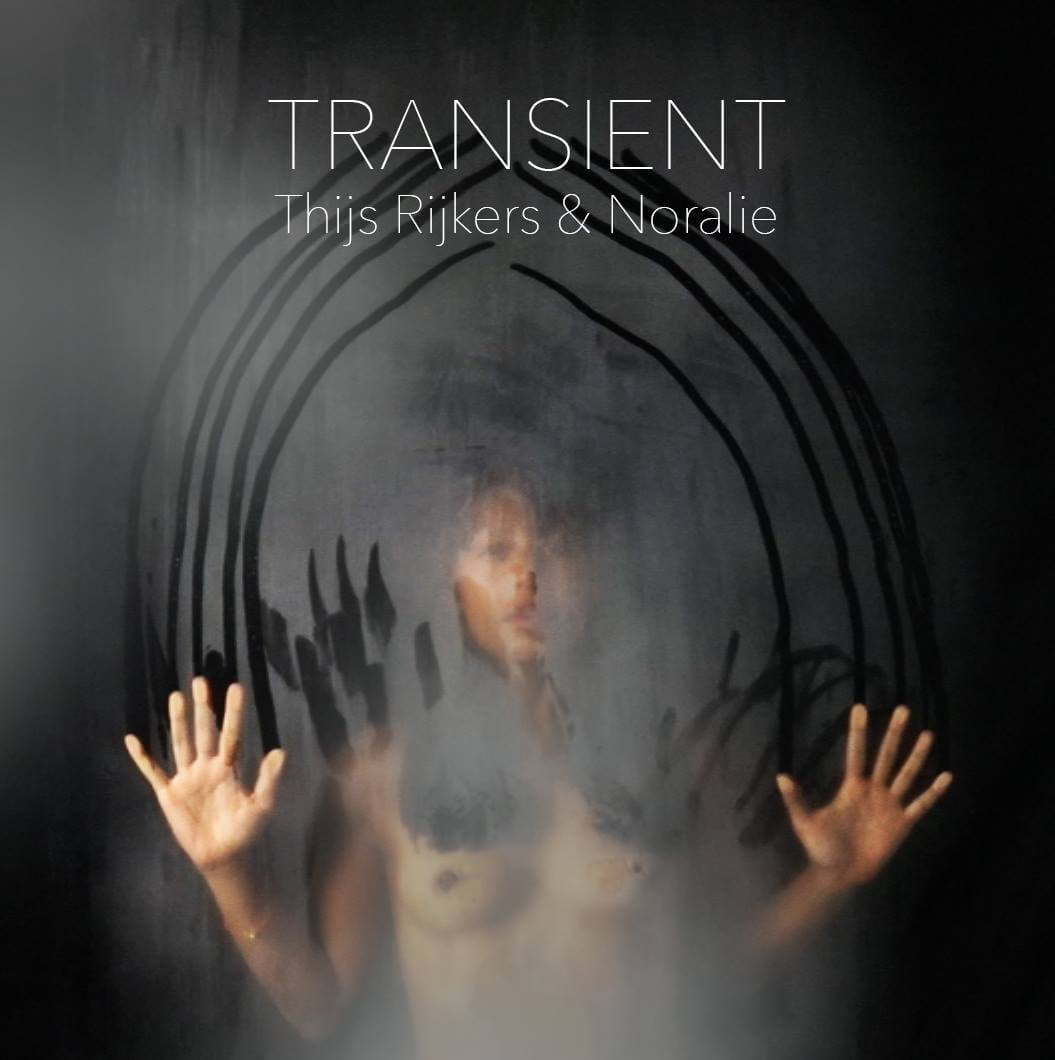 Transient
Transient plays with the notions of physical and intangible, and constitutes a collaborative work of Noralie & Thijs Rijkers. There seem to be human figures behind the fogged glass who seek rapprochement of the public. A multimedia installation consisted of the video-projections of people who actually stood behind the same fogged glass. Blurring figures appear and disappear through the smoke, seeking maybe for attention or salvation but the machine erases them.

Bio
Noralie
Noralie creates multidisciplinary experiences in which video plays a major role. She is best known for art direction, content creation, live video mixing, and animation. She calls herself a video remixer and creates video sculptures and assemblages with an analogue touch. Noralie explores the boundaries and possibilities of the white projection screen.

Thijs Rijkers
Thijs Rijkers is an interpreter for the language of the machine. His goal is to realise everything that is on his mind. Through his fascination with and knowledge of mechanical engineering and electronics, he is able to realise conceptual machines in drawings and/or in physical form.

Do you wish to explore the most unique places in the center of Rotterdam city while immersing yourself in new music and performances? Then Motel Mozaïque is the festival to be. MOMO festival is an ode to the city of Rotterdam and to curious souls and from the 18th to the 20th of April will take you to a diverse journey through the most unique locations. This year you can see: Apparat (live), Panda Bear, Melanie de Biasio, Grandbrothers & Ensemble, Winne, De Likt, Black Midi, Prairie WWWW, Jungle By Night, Altin Gün, Anna St. Louis, Bendik Giske, Cherry Glazerr, Cocaine Piss, among others.

Motel Mozaïque Festival, under the theme LIQUID, creates a podium where creative experiences get a voice and art disciplines merge in the quest of the unknown.